The INSTEON company offers users to check out 2844-222. The features of 2844-222, in addition to their interesting design solution, make us pleased with their performance and functionality. Best solution for both house and office. Many customers already appreciated and left 2844-222 reviews available on our service. Price comparison, that is also offered by our service, helps profitably purchase INSTEON 2844-222. Buy (INSTEON 2844-222 or Motion Sensor II) with benefits. 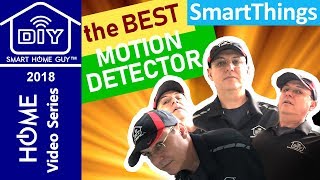 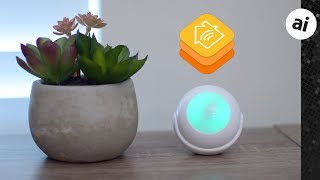 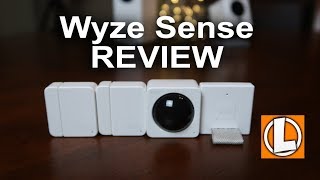 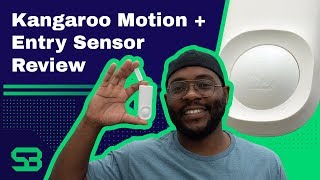 I have been looking at this “indoor/outdoor” motion sensor for a long time, but only recently got one, because I needed my ISY controller to recognize it. Now that ISY version 5.0.14 is available (as a beta), I took the plunge, upgraded my ISY to version 5, and added this motion sensor. But I had quite a few problems – some of which I am still troubleshooting. Here’s some advice for potential purchasers who have Universal Devices’ ISY software:1. Upgrade to v5.0.14 (or higher). Don’t think twice, just do it if you want to use this module.3. If you want to use this as an occupancy sensor, you will want to change the timeout from 30 seconds to a longer time-period, and change the motion report to “on & off”.2. You are going to want to change the motion sensitivity – otherwise it will probably trigger a lot more often than you would like. When I used the default motion sensitivity (7) with a 10 minute timeout, the sensor never went off! It turns out that not seeing any motion for 10 minutes was like asking a 2-year-old not to move for 10 minutes. It works a lot better with 100 in the motion sensitivity setting.3. I hope I don’t have to believe the specs when they say not to operate this device below freezing, because I live in Minnesota – and outdoor devices have to make it through WINTER around here. We’ll see how low it goes. There is a temperature setting in the options that I have lowered to its lowest setting. No documentation says what this does – but maybe it makes it work below freezing? We’ll see.4. I wouldn’t trust this device to be very waterproof, and the so-called “flexible” mount is pretty flimsy and not very flexible. So for outdoor use, consider a sheltered location and that does not require rugged performance.5. There is a battery level reading that hasn’t changed so far, since the device is new. I hope it works because then I can program a low battery email alert.6. There is an signal sent when someone tamers with the battery or turns off the motion sensing temporarily. But the obvious way to defeat this motion sensor is to simply remove it – which is very easy (no tools required) and I don’t see any mechanism to raise an alert if the device is removed.Footnote 1:After a few days I have learned this:7. The sensitivity change in the settings was not enough – it still triggered far too often. Then I read that the device has a jumper near the battery. Moving the jumper from one pin to both pins was supposed to decrease the sensitivity significantly – and it did. What annoys me no end is that there is no documentation for this jumper – ANYWHERE. For for that matter, there is no product documentation for the other settings either. All that SmartLabs has published are some slick and useless phone configuration pictures for use with an Insteon Hub (sold separately). If you want to get some serious use out of this device you will want a programmable interface such as ISY software . It has a LOT more capability than the trivial pictures in SmartLabs’ documentation reveal. If only there were some serious documentation!8. Two of the undocumented – and currently nonfunctional – features of the device (revealed in the ISY software) are a low battery sensor and a heartbeat. If these nodes ever start working, the device would be a lot more useful.9. The battery, luminescence and temperature settings that my ISY picks up from the device don’t seem to change, so there’s a good chance they are not functional – just place keepers.10. The device seems to work below freezing so far, but it has not gotten really cold here yet.11. The fact that I changed the temperature limits did nothing to make the device more cold-tolerant. These settings are thresholds that are supposed to trigger a temperature alert – so for example when the temperature falls below a certain level, you can trigger an event to turn on a heater. I didn’t bother to try this because I don’t need it and I don’t think its working in the software yet. However, I did note that the temperature trigger goes to well below zero – so I keep hoping the device will work through our Minnesota winters despite the fact that it’s documentation says its operating range does not extend below freezing.12. ISY software is still in Beta, but it seems to be stable. I did have a few minor glitches in the upgrade process – some programs did not transfer exactly. Since the software is still in Beta, I expect Universal Devices to add more features to the motion detector and eventually document all of them. Meanwhile, SMARTLABS – WHERE IS YOUR DOCUMENTATION????

I purchased 2 of these and batteries lasted less than 6 months in each of them. It’s just not practical to change the batteries that often, so looking for an alternate solution.It does have a USB port for power which probably works great, but for my application these are nowhere near an available USB port.

They no longer offer support in the United States and instead force you to speak with indians who admit they don’t have training on Android interfaces nor do they have any sort of hands-on experience regarding Apple or Android and literally just read screens and manuals to you. If you are looking for intelligent people who are properly trained, ever curious, and know how to troubleshoot, you will find this nowhere with insteon anymore. I spoke to a supervisor who out of the 12 questions I asked only got 11 of them right, that was after I asked those same questions of the agents he has been training, so pretty much everybody has no idea what’s going on with these products on a go-forward. Almost three hours of troubleshooting went by and that was just on one of the many days we had sessions, everybody is still confused, and some of the root issues still persist. Good luck.

The earlier versions of Insteon motion sensors were terrible … they use inconvenient 9v batteries and were hard to set up … . These use high quality and higher capacity lithium batteries and work better. In high traffic areas you will probably not get more than 1-2 months of service life from them. In low traffic areas, more than a year I’m sure.A wide detection angle.

Have generation 1 and 2. This is the new generation motion detection. We have had some false detects with this one and not with generation 1.

I have a mixture of Insteon and Z-Wave devices in my home. I’ve tried to find motion sensors with the sensitivity of the Insteons in an attractive form factor. These win on all accounts. I’ve put these sensor side-by-side with other sensors, and nothing even comes close to the range these sensors have.Example, I have one of these pointing out on the second floor landing. It detects someone on the upper deck as well as someone coming up the stairs (detects at the first and second step). The range is phenomenal, and battery life is pretty decent as well (depending on the frequency). I just hard wired a couple of them to try it out.In all candor, I was trying to replace them with Z-Wave devices, but the range and aesthetic just can’t be beat.

I purchased this hoping to use it Outdoors as the description said but after contacting insteon (India branch) they told me that they do not have an outdoor motion sensor anymore. This will obviously not work outside because it only has a 30-foot range, will not work below freezing and they do not show the motion-detecting pattern so you can only assume it is dispersed for a room not sectional like an outdoor sensor. I am telling you I cannot understand this company sometimes. I guess I am stuck going to eBay and looking for an old version.

This would have been a great addition to our security lighting however, kept malfunctioning, on and off at random. I called company to no avail.

Would give this little device a 5-star, but the initial configuration was a legit pain. It’s size makes it ideal for pretty much anywhere, very inconspicuous.

I own three of these 2844-222 motion detectors. Over the past eighteen months they have performed reasonably well as occupancy sensors controlling room lighting. But now the time has come to replace the battery in one of them. I did so, however without instructions I had to assume that the old battery would be removed and the new one would be installed with no special procedures or button pushing. Evidently not, as the sensor no longer controls the light.I have searched high and low for information on battery replacement. The info is scarce to non-existent. At Smarthome.com the only battery replacement instruction I could find was inside a PDF containing a page about Factory Reset. Non helpful and not acceptable.

Transform lights and appliances into occupancy-sensing devices with this Insteon motion sensor. The 30-foot detection range ensures reliable device activation, and customizable features let you adjust when and for how long the sensor operates. With a small, modular design, this versatile Insteon motion sensor can be mounted on walls, in corners or on tabletops.

The INSTEON company offers users to check out 2844-222. The features of 2844-222, in addition to their interesting design solution, make us pleased with their performance and functionality. Best solution for both house and office. Many customers already appreciated and left 2844-222 reviews available on our service. Price comparison, that is also offered by our service, helps profitably purchase INSTEON 2844-222. Buy (INSTEON 2844-222 or Motion Sensor II) with benefits.