Usage Time(s)
Up to 20 hours talk time (Actual time may vary depending on network connectivity and application use.)

Usage Time(s):
Up to 20 hours talk time (Actual time may vary depending on network connectivity and application use.) 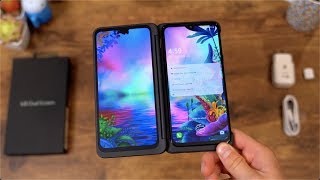 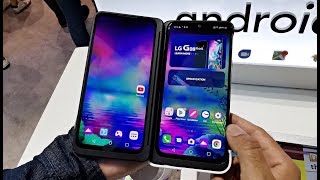 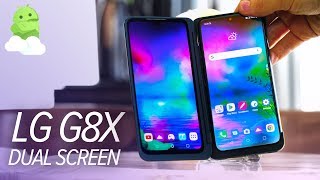 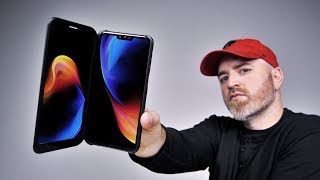 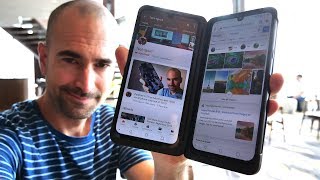 Nice and versatile. Love the dual screen or the option to have just one. The features, size, camera all works for me. Glad I purchased.

I really enjoy my new phone. I would recamend trying one out

I was used this for 2 weeks but I decided to brought it back to best buy. My reason is that to heavy to hold in one hand. And I am not sure how strong and reliable the open dual screen. The phone it self is good and have a nice camera. Like other android phone, their are a lot of new features that you could not find to the iOS phone. Only 4 stars coz I think LG should refurnished the dual screen so that it will useful. Like answering a call without opening the book, reading notifications on the outside screen.

Very nice screen, clear and fast processing. It’s just the second screen for multitasking, but u can’t open one app in both the screens together at the same time, like a tablet , only u can open Google chrome. Other than that phone is perfect.

The phone arrived earlier than expected and i am obsessed with the dual screen feature! Love that I can choose between the two options.

Great phone with lots of storage and an exceptional oled display,the dual screen is a nice added feature.

I’ve been using this phone for two months now and I’ve got to say that I really enjoy it. The dual screen functions work seamlessly together, and especially for the price that you pay, you really do get a great quality phone. The battery life is actually not that bad. I can go a full day of using it regularly without having to get a charge in until I go to bed. Trying to use the phone with one hand is definitely going to be a challenge so if that is you then this is not the phone for you. It is quite bulky so, although it does go into your pocket, it is definitely going bulge out quite a bit.

I often remove it from the dual screen case to use as a single screen phone for when I’m driving to attach it to a mount. This doesn’t seem to affect the connectivity between the case and the phone over time. It’s only been two months, but based on the quality of the build, I don’t see it being an issue further down the line either.

Two things that I didn’t like. One, there aren’t any tempered glass screen protectors out there that fit the phone and the dual screen case. There are a lot of glass parts that are exposed very often. So I don’t trust a normal film screen protector. So it’s a shame that I can’t get a tempered glass protector for every screen, especially the outside front screen and the ridiculously large cut out for the camera and the logo on the back. I imagine it was made this way to show the logo, but I think that was a huge oversight on LG’s part.

Two, they provide a magsafe dongle to be able to connect a charging cable to your phone while it is still in the dualscreen case. It’s nice that it was included, but it doesn’t stay connected very well. You’ve got to leave the phone down and the cable with enough slack so that it doesn’t fall off the phone. Didn’t seem to take too much tension to snap it off the phone. Luckily, I had a wireless charger so I stopped using the dongle and use the wireless charger now. The wireless charging works through the dualscreen case, so that is a plus.

All in all, I really love the phone and don’t regret switching over from a larger brand name flagship phone.

I have to say that this is one heck of a dual screen device! It’s easy to navigate, has great specs, and it’s a breeze to multitask on different web browsers. The wide view is a nice feature too!

Reasonable for a dual screen phone on the market now. Good for the price.

The LG G8X ThinQ delivers best-in-class performance with an optional second screen for a new way to work & play on mobile. With the LG dual screen, customers can stream videos or work on multiple apps at once, turn one screen into a control pad to gain an edge over other gamers, or capture photos while instantly previewing or editing for the perfect pic every time. The new LG G8X ThinQ offers everything you need in a smartphone, from an immersive entertainment experience on the 6.4" OLED Displays to next-level photography with an astounding 32MP front facing camera and 136˚ ultra wide-angle rear camera. With a nearly infinite number of ways to multi-task, the LG G8X ThinQ™ dual screen will transform the mobile experience.