Indoor Or Outdoor Use
Indoor, Outdoor

Indoor Or Outdoor Use:
Indoor, Outdoor

The Lorex company offers users to check out LHV51081T4KB. The features of LHV51081T4KB, in addition to their interesting design solution, make us pleased with their performance and functionality. Best solution for both house and office. Many customers already appreciated and left LHV51081T4KB reviews available on our service. Price comparison, that is also offered by our service, helps profitably purchase Lorex LHV51081T4KB. Buy (Lorex LHV51081T4KB or 8-Channel, 4-Camera Indoor/Outdoor Wired 4K 1TB DVR Security System) with benefits. 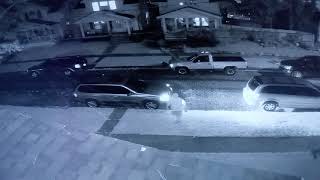 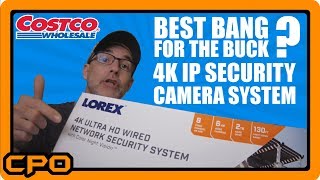 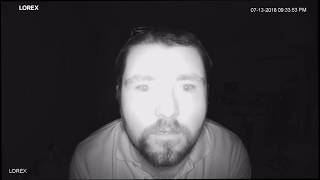 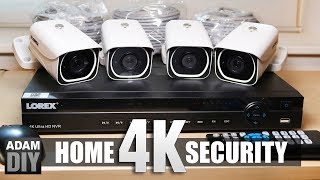 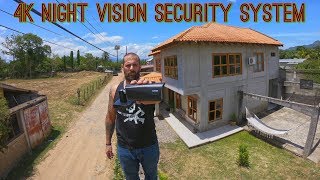 I bought this Lorex 4K security system new from Amazon May 2018. The exact model number on the bottom of the unit is LHV5108-D. The cameras are LBV8531B 4K UHD Network Bullet Cameras with 135′ Night Vision (notice COLOR is not included in the Night Vision description). I’m a video photographer and digital movie editor over 20 years and have some real world experience with security cameras and installing burglar alarms in vehicles and buildings. I also code website interfaces.First, the good.Amazon delivered it the next day, and sent me a return label the next morning after that. The reason for my return was because the option to turn off the IR (infrared) Night Vision LEDs was not in the software (more on this below). I then upgraded my purchase to a Lorex 6-camera (Ethernet POE camera) 4K NVR system at $799.I got right through to Lorex-Flir technical phone support 1-888-425-6739 eight times now and each tech support agent I spoke with (except for one agent) was good to excellent in answering my detailed questions and helping me setup my system:IMPORTANT: This LHV5100 system uses BNC cabling (DVR to camera), NOT ethernet POE cables (DVR to Camera) used on Lorex’s other systems. The advantage to a POE ethernet Vs. BNC system is huge if you consider Cat5/Cat6 ethernet cabling can extend hundreds of feet beyond the 60-foot BNC cables included. And with a POE camera, you will not need a separate 12v power power supply plugged into your camera like the BNC configuration requires (the POE ethernet cable supplies power to the camera without the need for a the separate power supply, a wall wart).You can install and power up a POE ethernet camera anywhere you string a Cat 5/6 ethernet cable (up to around 250-300 feet). This BNC LHV 5100 series REQUIRES you to plugin the supplied 12v power adapter to an outlet a few feet from the camera to power it — so its BNC hardware really limits placement of a BNC camera (it has to be very close to a power outlet).Also, the more expensive Lorex DVR systems include “COLOR Night Vision” — I would check those features out before buying this unit because for a few $100 more, I got two additional Lorex POE cameras, double hard drive space, plus some additional features.HOW DO YOU TURN OFF THE LEDs (Night Vision) on this Lorex-Flir DVR security system — YOU CAN’T — the night vision LEDs will always be on in low light scenes. (EDITED): I may have gotten bad info from Lorex support because I returned this unit and upgraded to a NVR system and eventually found out how to force the camera to turn off its IR LEDs and record only ambient light).HAVING LEDs ON IN LOW LIGHTING MEANS YOU CANNOT PLACE THE CAMERA BEHIND GLASS because the infrared light will reflect off the glass and back into the lens. This is the MAIN REASON I chose this Lorex DVR security surveillance system — to disable the LEDs permanently until I turned them back on.My extensive pre-purchase research indicated you can turn off night vision in Lorex DVR software. How? By going to Home/Main Menu> Gear icon> Camera Settings and selecting Color Night Vision option. That was supposed to force the camera to view in color and thereby turn off the LEDs and IR (infrared illumination).HOWEVER, the Color Night Vision setting I saw in tutorials and reviews is missing from the DVR software (see my photo) — the bottom line is in low light, the LEDs will turn on and your scene will be illuminated in strong IR light (great if that’s what you want). But not so good if you want to pace the camera behind glass or with objects in the foreground.HOW DO YOU ERASE EVENT RECORDINGS?: You “Format” the Hard Drive! The Lorex agent explained it’s NOT a traditional hard drive formatting procedure where the HDD/SSD is wiped clean and you have to reinstall the system and reconfigure your user.He said Lorex “Format” feature ONLY erases all your recordings, it leaves the system software and user settings in place. Again — you cannot delete individual clips, events, recordings — you have to delete them all through the DVR’s Format option.This system does Motion Alerts based on pixel movements. For me, that is much preferred over PIR sensors (passive infrared sensor that measures infrared IR light radiating from objects in its field of view) because it’s proven much more reliable. Sure software based on pixel motion gets more false alerts, like leaves and rain and changes in light, insects … but I missed a lot of incidents using PIR style cameras.Because this HDD is so large, I changed my approach to recording in CONTINUOS mode with motion alerts – now I don’t miss anything and the motion alerts are highlighted in yellow in the timeline.Because these Lorex cameras are hardwired to the network and power source, they start recording a few seconds before the alert and continue a few seconds after the motion stops (these are editable times, more or less). I tried using a WiFi, PIR, battery-operated, cloud camera system, but I missed many incidents because the camera started recording late. And the infrared feature was highly unreliable in low light scenes even seven feet away.THIS BNC LORAX 5100 IS WHAT IT IS — I am knocking 1 star off for its crude TIME LINE editing interface (it is a real pain to use).As an experienced video editor, I will add using the Lorex-Flir Time Line interface is a real-life lesson in patience and frustration trying to use the clunky Lorex playback software.If I could click an insertion point in the Timeline and drag the playhead forward or back to scrub my clip at the speed I move the playhead, this would be a five-star review. Once you try to use the Timeline to review your clips, you will get my point.

I purchased LWF1080B-64: 1080p Outdoor Wireless Camera System, 4 Rechargeable Wire Free Battery Powered Black Cameras, 80ft Night Vision, 1TB Hard drive.The setup was indeed easy – the cameras and base system are all pre-synced and the “quick install” settings were simple. It also is easily usable through the app on both android and iphones.Concerns:The recorder needs to be plugged directly into your router, and also needs a wire connection to the receiver antennas. Both of these have short cables, so at most, youre receiver antennas will need to be within eight feet of where your home router is currently located. The directions to “mount the receiver outside” for longer range will therefore likely be difficult or impossible. I found that the wireless indoor transmission range was very limited – our cable modem and router are not central to the home and so the cameras only reliably transmit through 1/3 of the house and cannot reach all desired locations.Placing and configuring the cameras to avoid any foliage or anything that could show inadvertent motion is very important. Even the tiny movements of a boxwood’s evergreen needles was enough to set off the camera continuously.Also a concern, the recordings start about four seconds AFTER the first motion is detected when testing. If movement is quick, it can easily pass through the field of view and be gone before a recording begins and in some cases not trigger a recording at all. (My dog can run out the door and out of frame without triggering the recording. When I walk him on the leash, it only starts the recording when I’m mid-way through the frame.)With the need to carefully scope to avoid any foliage or inadvertent motions and then also the need to have enough of a visible approach to ensure that the camera is triggered, it is a difficult thing to balance. It may be worth investing in wired cameras with a power supply that can support always-on functionality, and/or with more advanced recognition capabilities beyond just motion detection.

Lorex LHV51081T4KB is the best camera system. I shopped for several months before deciding on this one. I carefully unpacked each piece, taking my time, thinking that I was in for a very difficult set up that could fail. As it turned out it was a “plug & Play”. Very easy to set up. I bought four 120 foot cables because I was not sure if the 60 foot cables would reach. I also bought a monitor so I could set it all up inside and test everything before outside mounting. I set it up in my basement and connected it to my router with the Cat 5 supplied cable. Then I connected it to my laptop by Wi-Fi. I needed assistance with the set up. Lorex Online support is second to none. Very helpful. Very pleased with the purchase.

Easy to install best security camera at your home.

Keep an eye on what matters most at home with this eight-channel Lorex security system. It films footage in crisp 4K for seeing clear, detailed images, and its innovative night vision technology provides a visible picture in dark environments. This Lorex security system comes with a 1TB hard drive for long-term video storage.

The Lorex company offers users to check out LHV51081T4KB. The features of LHV51081T4KB, in addition to their interesting design solution, make us pleased with their performance and functionality. Best solution for both house and office. Many customers already appreciated and left LHV51081T4KB reviews available on our service. Price comparison, that is also offered by our service, helps profitably purchase Lorex LHV51081T4KB. Buy (Lorex LHV51081T4KB or 8-Channel, 4-Camera Indoor/Outdoor Wired 4K 1TB DVR Security System) with benefits.