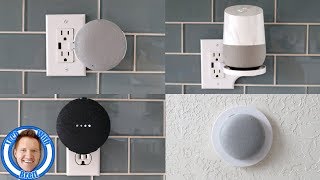 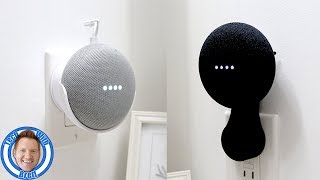 Google Home Mini Mount Review for HomeHod & Nothing Like This 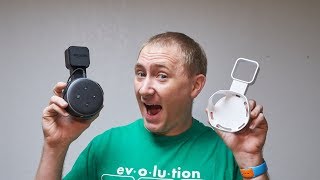 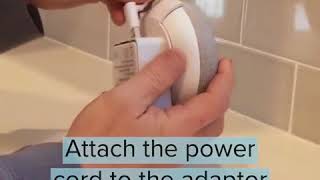 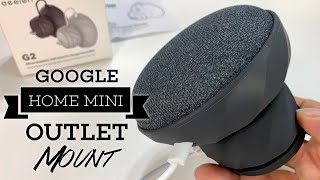 I love this thing! Gets rid of the cord and literally just floats on your wall facing outward which is actually really nice for sound and also way more aesthetically pleasing. Great accessory for the google home mini. Definitely would recommend this item.

Sweet mount, does exactly as it should, much nicer than the cord in most places, will buy more!

This is the best thing to purchase with your mini no wires at that just simply plug into the wall.

This product has issues with its power supply working. Great compact design. Depending on the origin or direction of your outlet it may be a little loose.This orange color I have had issues with multiple times. The power supply they ship with it tends to have issues with google home mini. I have other colors and have had no issues. I have then taken the google home mini with the product and tried on other outlets. Once I plug it in the google home mini doesn’t even startup. You get two white dots then all four and those stay on then go off. No chime no connection.Once I remove the google home mini and use google power cord or any other power cord using the mini a type usb cord.All outlets in the house work as well as all other cables.After buying one less than a year ago I thought maybe it just went out. Rules it out to be the power supply that comes with product. Upon purchasing a replacement I discovered a faulty product to be the source of problem.

Like the summary says, it works great. It does stick out from the receptacle a little more than I would like. However, it isn’t that much of a distraction. It’s very nice not having cords stretched out or hanging from the mini.

Person is a mad genius whoever thought of this. This is so great because i hate cords and this was the smartest solution ever. I RECOMMEND if u want it to plug into a wall and just be hanging and stretching a cord to a table

Works as described. Clears up counter space. Projects volume out instead of up! Sweet little gadget!

Just put this together, and so far seems great. It took a little searching for one of these mounts that work sideways, and this one does. It has a plastic prong that goes in the ground slot on the outlet for a little extra stability. This one was slightly more expensive than some of the others, but it comes with its own power supply and a short cord instead of reusing the original one and coiling up the cord inside. It looks like on a 4 plug outlet, I’ll still be able to use at least 2 others. The one above this mount would probably work with smaller plugs, but it would be a tight fit. But definitely on a normal 2 plug outlet, the 2nd one would be accessible.

…being able to remove the Mini from any countertop is a plus, but you will need to strategically plug it in an outlet that will let it listen to your commands. I’m happy having less cable around, and if plugged in the upper outlet, another device may be plugged in the bottom one. It is a bit bulky though.

This is my first review of this product. It will be revised upon receipt of a replacement.Therein lies the problem.The design of this product was fantastic.Replace the long cord supplied by Google with a dongle that plugs into the Home Mini and a power supply.There’s just one problem. The power supply supplies no power.So, I’ll be returning this one to Kohl’s, and a replacement will arrive on Tuesday.I’ll update this review when it arrives.UPDATE:I received the Coral version Monday, and the replacement Black version Tuesday, and both assembled fine and are currently working. I’ll be monitoring their performance going forward, and I’ll update again if their performance changes.Take a look at the photo.While it’s true that the “Backpack” leaves a second outlet free, there a plastic protrusion that extends below, and it’s a struggle to attach a device below the Dot Genie. As you can see, I’m trying to use a horizontal plug under the Dot Genie, and it’s possible, but it’s difficult. In the kitchen, where I’m trying to plug in a Hue light strip, it’s even more difficult since the Hue power supply is a block. Again, it’s possible, but you’ll worry about the plastic “dummy” ground breaking off in the outlet. To be fair, neither has.Since the 1st gen Google Home Mini has been discontinued, we can’t really expect Mount Genie to re-design the Dot Genie; so, I’ll just pray that everything will be OK as I go forward.If you’ve recently received a 1st Gen Google Home, like the one I recently received as a Spotify Premium member, give the Dot Genie a try. If you’re lucky, you’ll be as happy as I am currently.