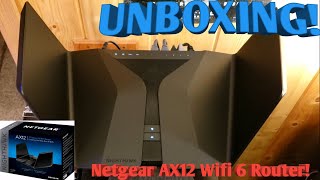 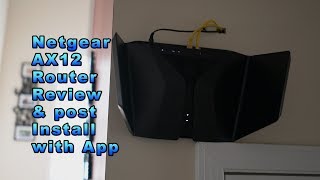 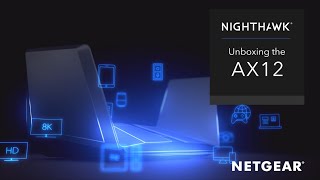 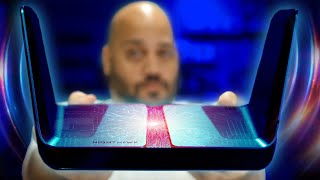 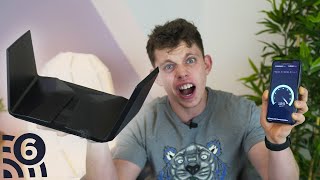 We had a Nighthawk 7000 and it reached it limits with supporting the huge number of wireless devices we have in our home. So it was time to upgrade, we searched and search and finally did some comparing. Then we found the Nighthawk AX12 and just wow. It runs everything seamlessly. Meaning, everything stays connected (Amazon cubes, shows, 6 dots and an echo…and 14 wifi lights, 8 switches, gaming systems, Smart TVs, not to mention other phones and PCs and our guests when we have a party …they all stay on wifi with no slow downs or disconnects…luv’in our new Nighthawk AX12 🙂

Let me start with the bottom line… I would not buy one of these, at least for a year and once Netgear has worked the bugs out of this model.Pros:Easy setup (with the Nighthawk app)Futuristic design/antenna layoutCons:Repeated drop-outs/slowdowns over Wi-Fi to dial-up speedsWi-Fi 6 NEVER delivered anywhere close to 1 GBPS speedsNetgear tech support seemed to be stuck on “Reboot your modem and router” mode foreverI’ve been a techie for years and spent the last 21 working at a high-tech company. I had high hopes for the Netgear AX-12 and the capabilities of its Wi-Fi 6. After waiting for four months on Amazon pre-order for the unit to be released and upgrading my ISP service to 1 GBPS speed (at great cost), I finally received the unit on/about 15 October. Then the fun began…I unboxed and connected my first AX-12 using the Nighthawk app. Easy peasy… After spending approximately 6 hours reconnecting my IoT devices (Alexa, smart lights, plugs, etc) to the 2.4 GHz network, I got down to the serious business of checking the speed of both the Ethernet and wi-fi connections. Now, by the Nighthawk app and the speedtest on the routerlogin.net interface, the AX-12 was “seeing” ~945 MBPS download/45 MBPS upload speeds coming in from the ISP, but the best speed my 2017 iMac could attain over Ethernet was ~400 MBPS. I found that my 802.11 AC and AX devices (iPad Pros, 5th Gen iPad Mini, iPhone XR and iPhone 11 Pro) barely scraped in consistently at ~200 MBPS and sometimes would run as low as 15 MBPS (using Ookla and other web-enabled speed tests).After checking the cables (all CAT 5e or 6), I decided to call Netgear support. So began my personal purgatory… I was told so many times to reboot my modem, reboot my router, reflash the router, re-reflash the router, revert to a previous version of firmware, reflash the router, change channels, check my Device Manager, yada, yada, yada, that my head exploded and had to be duct-taped back together. Only then was I able to reach the 2d-level support, where the fun started all over again. Finally, the 2d-level support techs threw up their hands, saying the unit must be defective and that they would sent me a replacement.I received the second unit and hooked it up. Same problems… Back to tech support purgatory, where it was rinse and repeat. After going through the mind-numbing 1st-level support again, the 2d-level techs stated they would take screenshots of the problem and forward the results to the engineers for analysis. After a week of waiting, I called back only to find out the engineers needed more data (naturally). More screenshots, more reflashing… Unfortunately, Amazon’s return policy waits for no man (or engineer) and this hunk of junky plastic is going back home UPS as soon as I receive a replacement router tomorrow; definitely NOT Netgear!

I received this router the day it was released. I’m now on my 2nd unit, which exhibits all the same issues as the first one I had received. I’ve had a support case open with Netgear since the start, and have poured dozens of hours in to helping them troubleshoot the device. I’ve even been asked to install 3rd party software on my machines and packet capture and provide debug log dumps to their engineering team. None of this labor has resulted in any increased stability or performance.In short, the 5ghz bands are a mess. They randomly drop out and disappear. The router has to be rebooted frequently. The wired and 2.4ghz performance is fine. The 5ghz performance is abysmal. The GUI is riddled with bugs, including javascript and HTML bugs which I have painstakingly documented and provided to the Netgear engineering team, and which they have apparently ignored considering TWO firmware updates have been released post-launch and neither have addressed the basic issues such as 404ing local javascript includes and poor CSS/broken GUI sorting and functionality. Also they don’t use autocomplete=off HTML attribute/values in their HTML forms for confidential information.I could go on forever with my criticism of this hardware. Feel free to ask questions!I’d just like my money back at this point, but Netgear support is good at drawing out their help long enough for the warranty period to expire in order to keep your investment without providing you anything other than a $600 2.4ghz router that supports only basic features.The “SmartConnect” feature is deeply flawed and essentially nonfunctional.The “AX” features are deeply flawed as well and Netgear’s FIRST suggestion to me upon opening my trouble ticket was to TURN OFF the feature. The biggest selling point of the entire unit! Can you imagine? They are essentially admitting the product was rushed to market and does not do the one thing that they attach the large price premium for!There are SEVERAL threads on the Netgear website that enumerate the varied and severe shortcomings of this router.Please do some research before buying this router! You have been warned!I am a professional software engineer, not a casual user. I have made myself freely available to Netgear’s support and engineering teams to help debug and troubleshoot this hardware and after weeks of providing feedback and data, nothing has materialized. I regret this purchase and you will too.

Had continuous lag and disconnects while gaming and streaming using our Internet providers equipment. Thanks to the Netgear Nighthawk RAX120, these issues were completely resolved. This radio is a beast. It has a powerful processor, handles 12 streams simultaneously with ease, has the extended signal distance I needed. and uses Wireless 6 AX technology for the latest smart phones, etc. The Darth Vader Star Wars ship appearance is cool, too. It’s just Awsome!

This router is what I’ve been needing for my Smart TV’s and over 30 wi-fi items in my home to include my doorbell cam and security cams. I’m pushing 1 gig of internet speed and need a good router to support it. This does so with ease and haven’t had any issues after owning it for about a month now. No internet drops or lags. I’m very happy with this router.

i Recently purchased this to improve my WiFi at my place of business. Running the video game party center in Randolph NJ- it helps power my internet connection of 30+ TVs and gaming consoles for birthday parties and summer camps. So far it has been an excellent addition to the Game Center. I would recommend this product.

This unit is very fast, the only reason I did not give 5 stars is due to the smart connect feature. While this feature is great for those who are ot sure which range to connect with it reeks havoc if you have an automated household, since all your smart devices have to be connected to the same network as your hub. But once the smart connect is turned off, everything works seamlessly. I am very impressed with the wireless speed, its actually faster than my old wired router.

We have 17 devices linked to this router, and it is performing well beyond my expectations. While a little costly, there are no more hourglasses spinning on computers, TV’s, tablets, or phones.

Had an arriss modem previously. Worked well, but this is the Mack daddy of modems. Super fast

this router works well as far as coverage but the program on my iPhone is glitch ridden, needs an update