The Night Owl company offers users to check out WD2CLM. The features of WD2CLM, in addition to their interesting design solution, make us pleased with their performance and functionality. Best solution for both house and office. Many customers already appreciated and left WD2CLM reviews available on our service. Price comparison, that is also offered by our service, helps profitably purchase Night Owl WD2CLM. Buy (Night Owl WD2CLM or Smart Wi-Fi Video Doorbell - Wired) with benefits. 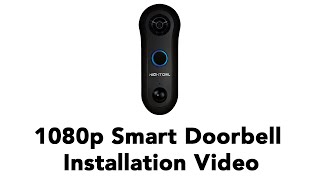 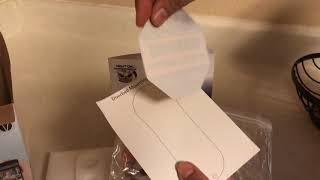 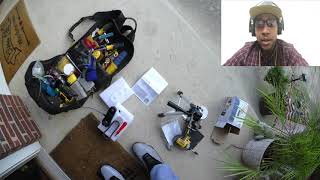 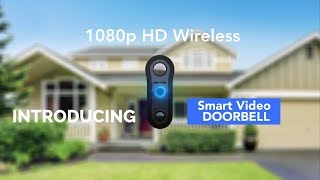 Overall it’s a good doorbell camera, much like Ring doorbell camera. It has good HD quality resolution. Simple to install. It works seemlesly with my NightOwl DVR. I love that you don’t need a subscription unlike Ring doorbell that pretty much forces you to buy a subscription. If you opt out of a subscription then your limited to the features of the ring doorbell and won’t be able to save your recordings. The NightOwl doorbell camera is not the case. You can subscribe if you like or just insert a micro SD card and that’s it!Now the down side of the NightOwl camera that the Ring doorbell camera excells at, and that is the two way audio. Night owl does a decent job at capturing audio at the door, but where it fails horribly is the communications on the home owners side. When someone’s at the door and you attempt to communicate to that person, the volume is so low the person at the door can’t make out what your saying. I found myself yelling at my phone in attempts to communicate with the person at the door. There is no volume control to remedy this either. I really wanted to like this but alas, this was the reason why I replaced this with the Ring doorbell camera.

Junk, by the time I came back from vacation my time to return was passed. Non of the functions work as advertised. Dont waist your money on this peace of junk.

It’s pretty great considering it’s not nest or ring!I use the SD cards and it records motion and saves just fine. (There is an option for cloud services).The picture is good quality…the microphone is really good. I have it attached to a Doorbell transformer and that’s great too.The only issues I have is that when it alerts that there is motion it takes a little longer than I want it to to open the app. It also doesn’t like the SD card sometimes and makes you reformat it randomly.

Received package in its original box, not in a packaging box. Thought that was strange. However, item arrived undamaged with all parts in box. Easy to install, paired to phone and connected to WiFi with no problems. Motion detector worked good. The reason I give it a 3 star is because the night vision is bad and did not work. Called technical support and was on hold for over an hour. He told me to return it.

The Night Owl doorbell camera has the potential to be a really nice device, but unfortunately it is in need of a lot of fixing to get there. It is my opinion, as a retired lead software engineer, that the vast majority of the issues likely are because of problems in both the device firmware, and in the software app that is designed to work with the device. The main reasons I chose this device were that it actually works with an existing hard wired doorbell, and as a result does not need batteries or recharging. I also like the fact that it stores the recordings internally, so that you don’t need to pay a subscription fee for cloud based services, that is optional for this product.For my configuration I have 19.2 volts at the doorbell connection, and a mechanical doorbell. The firmware version on my device is WDB-20-V2_20190505. The app version is the latest available from the Apple App Store, 5.0.94, and it states that the firmware is the latest available.The device regularly creates “Internal Fault” errors that show up in the app when you try to respond to an alert. It also seems to have issues with the micro SD card, causing the need to reformat the SD card multiple times. I have tried two different cards, and both work perfectly in multiple other products, a 128GB and a 32GB, the 128GB is currently in the device.The device motion sensitivity is erratic, especially at night, and on windy days. The device regularly does false activation at night when the headlights from a vehicle coming down the road reflect off the neighboring houses across the street, even with the sensitivity set to low, while the vehicle is still a few hundred feet (300 to 400) away. On windy days it seems to trip with the movement of the bushes out in front of the porch, about 10ft away. My wife also had a holiday decoration hanging from the porch with ribbons on it that caused it to trip almost every minute or so. I ended up moving that and it reduced the false trips to just what the bushes are causing, which is significantly less.The alerts that get sent to your phone or tablet, when they work, are significantly delayed. For example, the other day I was out of the house for an appointment and got an alert, I immediately opened the app and went to the live video feed only to see nothing abnormal. I then checked the recorded video to find that my wife had gotten home. She pulled into the driveway, waited for the garage door to open, pulled into the garage, went down to the road to retrieve the mail, and walked into the house. All of that before I got the motion alert.As for the reliability of the alerts even firing, they are very unreliable, and they regularly stop getting sent. I have tried multiple different things to get the alerts to send again, but the only thing that seems to work is to do a complete reset of the doorbell itself. That involves removing the security cover, pushing the reset button, reconnecting the WiFi and configuring the device just like the initial time you set it up. Having multiple people connected to the doorbell with the app in order to get the alerts seems to cause the alert failure to happen significantly sooner than having just one person connected. With just me connected it will last about 24 hours, with more than one person connected it lasts only a few hours before the alerts stop getting sent. This is really defeating the purpose of having the video doorbell to begin with. If you can’t have a husband and a wife, and possibly the children connected to be able to get and check the alerts, why would you need the device?Now for the playback issues of the stored recorded video from within the app. That functionality is also very unreliable, and erratic in nature. You may, or may not, be able to view the most recently stored video. Getting videos even farther back to play has been very unsuccessful, the app just sits there and spins like it is waiting for something. Hitting the Live View icon while attempting to play one of the farther back videos results in the selection of the very first video stored for that calendar day, for example five minutes after midnight when one of the neighbors drives by. After that point, none of the stored videos for the day will play any longer. If you want to review the stored video, you best bet is to download and install the Night Owl Connect CMS application on a computer.Documentation, well that is pretty much useless for both the app and the device. As for customer support, I have yet after multiple attempts, to be able to connect with them. I have tried both their chat option, and multiple attempts by phone, giving up on all of them after over 30 minutes of waiting. They appear to be vastly under staffed for the volume of support requests that they are receiving.

Picture is good but the app doesn’t work more than half the time. Forget about any customer support. If you’re only using the DVR it works fine. Don’t buy

Motion detection picks up wind and cars but not always the person at the door. Not easy to “rewind” to see captured video.Works well when you know someone will be coming home, leaving and you watch live.

I brought this for my son for his birthday and he loves it and the price was good.

The Night Owl company offers users to check out WD2CLM. The features of WD2CLM, in addition to their interesting design solution, make us pleased with their performance and functionality. Best solution for both house and office. Many customers already appreciated and left WD2CLM reviews available on our service. Price comparison, that is also offered by our service, helps profitably purchase Night Owl WD2CLM. Buy (Night Owl WD2CLM or Smart Wi-Fi Video Doorbell - Wired) with benefits.