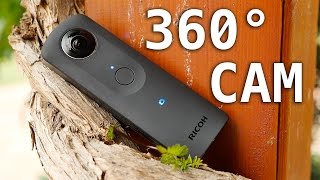 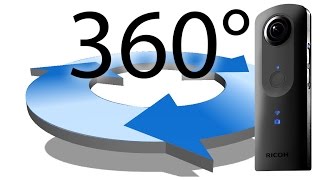 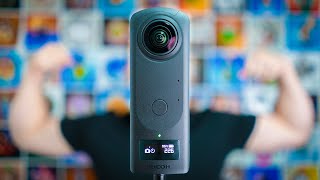 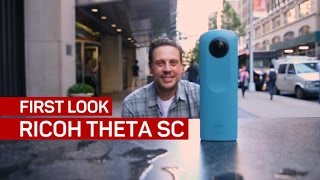 The Ricoh Theta SC is a 360 camera for everyone 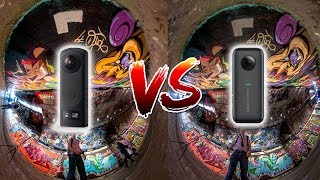 Ricoh? Who is that? Well, they produced the excellent 360 digital camera that I recently purchased. They also made the processor used in the original Nintendo (among other things).I already have a Chinese branded 360 camera that I purchased a few years ago. It was great however it had a few flaws. The battery life was not too great. The app was a little difficult to use and it was full of glitches. For some unknown reason, many of my photos and videos were not saved on the micro SD card. I guess that means that my old 360 camera was not so great.Now lets look at my new Ricoh Theta SC2. I decided on the blue color, mainly because I like blue. White would have also been nice but I didn’t know if I would get it dirty. When I removed it form the packaged is that it was nice smooth look BUT it has some type of magical coating that is not slippery. When I hold it, it doesn’t feel as slippery as my iPhone.The Theta SC2 is mainly operated by a single button placed over an OLED screen that indicates the operating modes: photo, video, wifi, etc. There is a power button on the side that glows when the unit is on. There is also a wifi button, mode button, and timer button. If you connect the Theta SC2 to your phone through wifi or bluetooth, you can also operate it through the app.Speaking of the app, it is extremely user friendly. It quickly transferred my pictures and video from the Theta unit to my iPhone’s internal storage. Guess what? It actually saved all of my photos and videos! There were no lost vacation memories for me this time! I can view the 360 images or video using my phone’s screen. You can also transfer pics to social media. I will probably do that in a month because I am quite bad at uploading pics in a timely fashion.The battery life seems to last pretty long. I didn’t have to charge it during the day. Also it includes 14GB of onboard storage (no SD card) and I feel like this is more than enough. If I was on vacation for a week, maybe I would have transferred the pictures to my phone at the end of the day just to make sure I had enough memory for the next day.I received many compliments on my 360 camera on my recent trip to Star Wars Galaxy’s Edge at Disney. I thought people would comment on my cool Adidas X Star Wars shoes but they liked the Ricoh Theta more. Oh well… I like the camera too!

Takes great pictures but they are only great in the Ricoh app. Once add to your phone photo album, the stitching does not look good. I will be returning this $300 camera