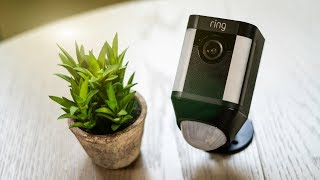 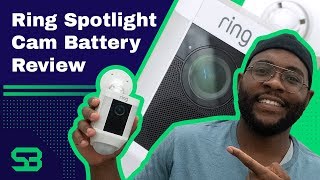 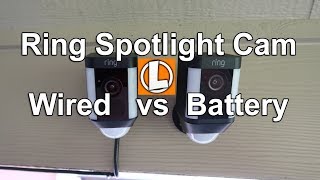 Ring Spotlight Cam Wired vs Battery...which one is better? 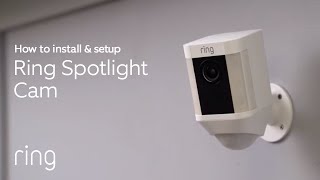 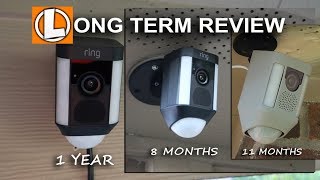 Is anyone else having issues closing the battery door on the outdoor security cameras ?? It is such a pain- I installed it up high in the waves and when changing battery (quite often) the battery door does not “click” in correctly ! Help

I absolutely love this thing. It changes your life when you know what’s going on in your neighborhood.

The dual camera set gave us a much more secure feeling knowing they’re watching our home always. I have no talent in that arena, but these were simple to quickly install, and have been working very well. The motion activation, bright light, and built in alarm are great, as is the iPhone app.

Absolutely love my Ring spotlight camaras. Total surveillance is achieved not only by these 2 spot nightlight cameras but also my Ring doorbell. Highly recommend

I love these cameras. However we were led a bit astray, we asked if there were WiFi cameras availability with recording capability without a membership service. The employee told us as long as we had less than 5 cameras it would be FREE we wouldn’t need a subscription. I have the app. It works great notifying me for motion (except it’s a tad annoying it picks up my cats all throughout the night) it wasn’t a problem at first because I could turn off the notifications and watch the recording back when I woke up making sure it wasn’t any suspicious activity. 30days after having the app. “We’re sorry your trial period has ended” I no longer am able to watch the playback of the recordings without a subscription, specified what I asked in the beginning. So my problem isn’t really with the product itself but being misled… but maybe this will help someone like myself who don’t want to be roped into yet another subscription

If your looking for a straight forward install, this is all you need. Installing and setting up this cameras was a breeze. If you are lazy to charge the battery every two weeks then buy extra battery if you are installing the camera on high traffic area. So far this units served their purpose.

I’ve had the Ring doorbell and three battery spotlight cams for a month and they paid for themselves last night when a guy, that the police later told me had a very long history, drove down my driveway, parked by the garage and after a couple minutes got out and started looking around. He saw the driveway cam and immediately turned around and walked in front of his van. I was watching on the live feed so I set off the siren and he quickly left. I am thankful I bought them.

There have been a lot of motion alerts that have been caused by wind or animals (especially deer) but I am glad to put up with those for the security and deterrent effect of the cams.

The battery charge should probably last about two months so not bad since I bought an extra battery and they are easy to replace. My main complaint is no off switch. You can turn off the alerts but they will still be in your history. The only work around is removing the batteries if you expect a lot motion say if you’re having a party.

One note: the cams record for about 30 seconds of motion and then stop. However, there is lag time so you need to go to Live View. Using Live View last evening is how I ended up with three minutes of video to show the police officer that came to my house which included not only a good shot of his face but a readable license plate.

I was existed when I bought a camera. A three days after I noticed that’s camera quality at night was very poor. I attached a picture below. Don’t waste your money and go for Kasa cameras.

Keep an eye on your property, even when you’re not at home. Ring Spotlight Cam Battery connects to your Wi-Fi and streams live HD video and audio. Using the Ring app, you’ll be able to talk and listen to anyone around, control the spotlights and alarm, and more.