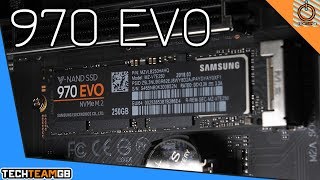 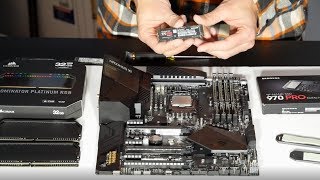 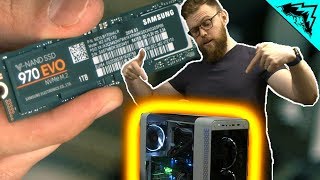 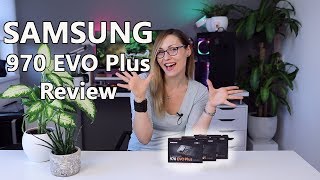 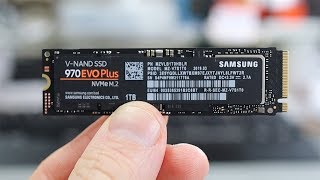 Nvme is great, this one in particular is just a great bang for buck drive with speed and stability.

I bought this to speed up a new HP desktop. Wow. Double-wow. The speed increase is beyond amazing! I highly recommend this SSD as a great way to boost performance on systems. The Passmark Disk Mark score for my new, original drive was 893.7 (42nd percentile). This new Samsung SSD score was 24688.5 (99th percentile)!!!

Product arrived in apparently sealed Samsung packaging (970 EVO 2TB) however, when I put it inmy system, it identified as a LITEON CA3-8D512 (512GB) and the SSD contained a copy of Win10 set forSouth Korean language. Labels on the SSD itself also look legit for a Samsung device, but its not.Amazon return policy sort of fails here. The only choices are ‘return for replacement’ or ‘return for refund’.If I choose replacement, how would I know if I would get a genuine device since their supply chain is obviouslycompromised? What I would like is a replacement that they guarantee is correct. Looks like the safe choiceis to take the refund and take my business elsewhere.

Purchased directly from Amazon. Drive failed after 6 months and no more than 5 TB of data transferred. Contacted samsung support…. Unfortunately we are unable to proceed with your warranty claim for this drive. Your drive is a Netherlands Unit, which means warranty is not valid in the US.If you would like to proceed with a warranty claim, you would have to contact Samsung Europe at samsungmemory@hanaro.euThank you.

I bought the drive just over a year ago and until recently, I was happy with it and would have given it a 5 star review.However, I powered on my system (about two weeks ago now) and got greeted with a SMART error saying the drive was about to fail and I should backup the data. After hours of troubleshooting I was able to backup my data… only to then realize I could not delete my data off the failed drive. The drive is designed to put itself into a low-level Read-Only state to “protect” data, which is great… but there’s no way to remove that Read-Only state to securely erase your data before sending it in for an RMA. I work in IT and have tried everything from removing the read-only state with diskpart and writing /dev/zero across the drive to using tools like Nwipe, nothing works.There is a lot of sensitive information on my drive (finances, taxes, SSNs, etc. of mine and other peoples) that I am responsible for. Samsung has been 0 help in this matter, the only suggestion they made was to use the “Secure Erase” tool in Samsung Magician, which fails with an Error 29. They are adamant that I send the drive in to proceed with the RMA but won’t help me remove this write lock that they’ve implemented.Until now, I’ve always recommended Samsung’s SSDs or M.2s to everyone I’ve spoken to (in person and online), despite them typically being a bit more pricey than competitors. That will not happen again… I have Samsung TVs, phones, drives, etc… I won’t be buying or recommending another Samsung product. Nobody should ever be forced to choose between the privacy/security of their data and being eligible for a warranty claim.Locking the drive like this is no different than how Apple throttled the performance of older iPhones. They both claim to have good motives (“to protect your data” or “to preserve battery”), but in reality it’s not what the consumer wants. Yes, protecting the data is good… but there needs to be a consumer level tool to unlock the device… and since there isn’t currently, drives that have sensitive data should not need to be returned to be replaced if they fail. Because I am unable to securely wipe the data, I can’t send it in… and I’m therefore left with a ~$550 paperweight that doesn’t weigh enough to hold papers down. Best case scenario, I make it into a $550 keychain.And no, your canned message response isn’t going to make it better. I’ve already dealt with your “customer service” department, they weren’t helpful.👎🏼 Samsung… Step 👏🏼 it 👏🏼 up👏🏼.

Samsung Solid State Drives are one of the most dependable internal memory sticks in the market. Highly recommend!

I bought this to upgrade my HP laptop which came with smaller drive. Boots fast and programs run instantly.

I bought a gaming laptop, and for some reason, it only came with 128GB of storage. That filled up quick, got this when it was on sale. Should have gotten it sooner. Not only is it bigger, it’s faster than what I had also. It would be nice if there was cloning software that came with it.

The m2 drive provides great speed and a good value. It is a performance bump from standard ssd. I upgraded to use with Photoshop. It is super easy to install, just one screw and no wire connections needed. I would suggest checking your mobo for compatibility. Overall, a great purchase.