The SimpliSafe company offers users to check out SS3-LK-WW. The features of SS3-LK-WW, in addition to their interesting design solution, make us pleased with their performance and functionality. Best solution for both house and office. Many customers already appreciated and left SS3-LK-WW reviews available on our service. Price comparison, that is also offered by our service, helps profitably purchase SimpliSafe SS3-LK-WW. Buy (SimpliSafe SS3-LK-WW or Smart Lock + PIN Pad) with benefits. 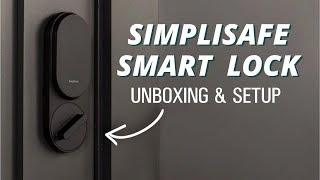 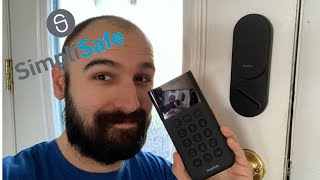 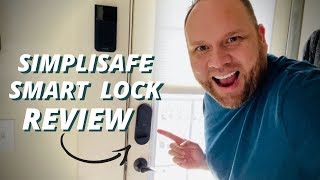 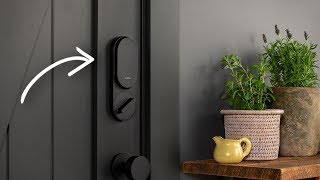 How to Install a SimpliSafe Smart Lock 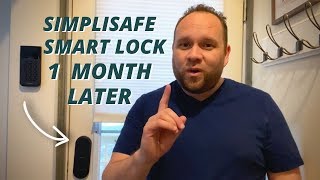 The lock works great with the rest of our simple safe system.

The system it’s a great idea however, it was defective. I had to contact SimpliSafe to send me a new one.

Are you an existing SimpliSafe subscriber? Stop reading reviews, this is the only smart lock you need.

Not a SimpliSafe Subscriber? Staaahhhhp leaving this lock bad reviews – you’re ruining it for the rest of us who do pay to play!

I’ve been on the lookout for a smart lock since moving into my current house about five years ago. I’ve bounced around between the Ring smart home ecosystem and the Nest smart home ecosystem, but couldn’t ever commit to the right lock. I nearly pulled the trigger on the August smart lock on several occasions, but eventually got nervous having to maintain a separate app to lock and unlock the doors. Earlier this year, I also nearly bought a Yale lock due to it’s integration with Simplisafe, but eventually decided against it for the same reason as August since the version that also works with Nest is not compatible with Simplisafe.

As someone who was nearly ready to spend 2x-3x the cost of the Simplisafe lock for a smart lock from Yale or August, I was left trying to figure out “where’s the catch” when I saw the $99 price tag on this Simplisafe lock. The functionality seemed similar to the other locks I was considering, but the native integration directly into my existing Simplisafe system was the thing that pushed my across the finish line. Finally, I could control a smart lock that played nicely with Simplisafe without having to control is from a completely new app.

With an existing monitoring subscription – and yes, only with the monitoring plan – you can check the current lock status of your lock and remotely control it anywhere you have LTE or wi-fi service. Can’t remember if you locked the door? Open the Simplisafe app and check. In-laws stopping by to drop off a pie? Open the Simplisafe and remotely unlock the door. Actually, better yet, set-up a personalized “in-law PIN” and receive a text message alerting you when your wife’s mom enters your home unannounced via the included keypad 🙂

BEST FEATURES:
-Does not replace your existing physical key and allows you to use the physical key as a backup in case the battery dies in the smart lock
-Easy installation – includes everything (including tape to hold your existing doorbell in place during installation!)
-Remote lock and unlock
-Automatic unlocking of the door when your security system is turned off
-Automatic disabling of security system when you enter your pin on the exterior keypad (i.e. no more running to the indoor keypad to turn off the security system before it calls the authorities)
-Automatic locking of the door XX minutes after the lock is either automatically or manually unlocked (the time can be customized in settings(
-Automatic locking of lock when the security system is armed
-Just like the arming/disarming text messages current monitoring subscribers are accustomed to receive, you also receive a text telling you who unlocked each door via pin and which door was locked/unlocked.

FEATURES LACKING:
-I wish there was a way to automatically arm the security system when “lock” is initiated from the exterior keypad

OTHER NOTES:
To the negative reviews of this lock related to the lock requiring a subscription to the Simplisafe monitoring program to remotely lock/unlock…….STOP LEAVING BAD REVIEWS FOR THE PRODUCT BECAUSE YOU DO NOT SUBSCRIBE TO THE MONITORING PLAN. This lock is half the price of other locks and IS NOT DESIGNED FOR THOSE OF YOU WHO ARE NOT FULLY INTEGRATED IN THE SIMPLISAFE SECURITY SYSTEM. It’s sort of like if you reviewed an Microsoft Surface Pen and gave it a negative review because it didn’t work as expected with your Apple iPad.

Note: I bought my first Simplisafe Smart lock directly from Simplisafe in September 2019 for my front door. I liked it so much that I bought a second smart lock from Best Buy in January 2020 for my garage man door.

Thought this would be bulky and not work right I was sadly mistaken. This is so slim and works seamlessly with the alarm system being able to arm the doors properly.

Thus the best lock with easy install.
My requirement to not to remove my old key lock and add on with key in pad and wireless unlock.
All got combined here.

Make sure u have SimpliSafe for this to work.

The lock looks great and functions well. I would only consider this option if you already have a SimpliSafe system(which I do have). Installation was simple, straight forward and only took about 10 minutes.

Base unit does not recognize the bolt lock. Needed to contact support over three calls. Finally got someone in support that actually knew what they were doing and initiated the download/upgrade. Took three hours to download/install. If you want this convenience, do it. But, understand that it will take several hours to get it working. Good remote phone control.

Had a kwikset keyless entry deadbolt originally which didnt need replacement but I wanted to integrate the lock with the alarm. Set up took about 10min and programming took about 2min. After that I spent maybe 2 min programming the setting so the lock acted how I wanted it to instead of the default settings. Zero complaints and no hickups. Bot sure what these bad reviewers are doing wrong.

Love this so much that I bought another. Gives me peace of mind that when my husband leaves the door unlocked it will lock itself. I love the keypad for entry especially when I don’t want to fumble for my keys. Also great for guests, because you can give them their own code so they can get in your house if you need them too without worrying about giving out/getting back your keys. Install was super fast and easy too.

Make your home more secure with this SimpliSafe smart lock. The included PIN pad offers convenient but secure keyless entry and automatically notifies you of successive failed attempts to prevent unauthorized entry. This SimpliSafe smart lock offers easy installation and can be synced with virtual assistants so you can lock your door with voice commands.

The SimpliSafe company offers users to check out SS3-LK-WW. The features of SS3-LK-WW, in addition to their interesting design solution, make us pleased with their performance and functionality. Best solution for both house and office. Many customers already appreciated and left SS3-LK-WW reviews available on our service. Price comparison, that is also offered by our service, helps profitably purchase SimpliSafe SS3-LK-WW. Buy (SimpliSafe SS3-LK-WW or Smart Lock + PIN Pad) with benefits.