Indoor Or Outdoor Use
Outdoor, Indoor

Indoor Or Outdoor Use:
Outdoor, Indoor 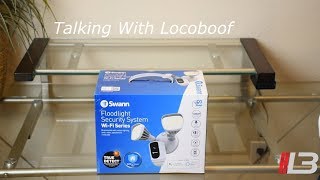 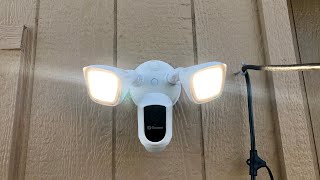 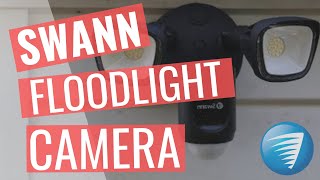 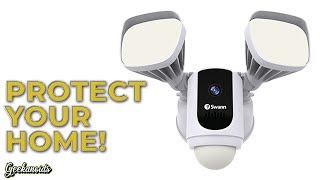 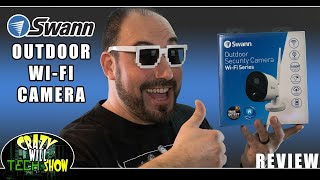 The combination of Dimmable LED lights with the camera in one unit creates ease of install and function. Install is simple with existing round outside electrical box. Very pleased with this introduction to the security camera experience.

The camera will record when there’s nothing there. The light turns on when no motion out side. There Is no way to turn down or up the motion sensitivity.

I bought two of these to replace old floodlights. The first one works great! Just as expected. The second one…not so much. Most of the time the floodlight doesn’t shut off and other times it comes on when there’s no movement. Frustrating.

Overview:
Good simple, expandable security system that is easy to use and install, and does not need a subscription, but poor to non-existent customer support.

Pros:
Installation was fairly easy as long as you have pre-existing wiring, or are replacing a standard floodlight. I did not have any issues with paring the device over WiFi (I do have a strong signal)

App is simple and easy to use.

The lights are VERY bright. Fortunately, you can control the brightness.

The cameras have a small amount of on-board memory to record video/pictures that can hold a couple of days worth of video, so a subscription is not needed, but optional.

Cons:
No 24 hour monitoring – only captures video via motion detection – a system with a DVR would be better suited for that type of security. Still, a good system to start with.

Video is not always clear.

Worst part so far for me is the poor/non-existent customer support. I had a problem with one camera not recording video, and I left a message and opened up a support ticket on their customer support forum on Janurary 3rd, 2020. As of January 20th, there was still no response to the ticket – not even an e-mail saying that they received the ticket. On that note, buyer beware.

Overall, I do like the system, but there could be some improvements. Aside from better customer support, It would be great if it could integrate with Samsung SmartThings or Google Home. Also, it would be nice to have an always on option for the floodlights at a low light setting, then put it to 100% on motion detection.

This light / camera will replace your porch light. Super easy to install. I bought this one after a disaster with the Momentum product. This one works great! Apparently this unit uses IR sensors to detect living things and thereby eliminates false motions. So far works great! Caught the deer in my front yard perfectly and no false motions detected. Also, unit stores 7 days of video on it’s internal memory, you can also download the videos to your phone or tablet (not PC though). You get an email notification when something is detected. No need to pay monthly fee for video storage. So far, I love this unit and will buy more for my other entryways.

The description on Amazon doesn’t say the light must be specifically mounted vertically (wall mount). I’ll have to return it as my security/flood light must be mounted horizontally.

So I bought this but ended up returning it after only 1 day. We installed it where an existing flood light was (above the garage door). It was very easy to install and setup as far as the app and the wifi detection. However, the app didn’t give immediate alerts. In fact it didn’t work right away, it delayed a little. I ended up going on the Swann website to see if there were any steps I could take to make the app work and I found out (on a q&a thread) that the app wasn’t working properly on iOS/iPhone apps. After a little while it did in fact work but slow. We started testing the mic and the siren on it and the volume was very low on both. If someone were lurking around the area it would probably sense it, but whoever was out there wouldn’t be able to easily hear my voice through the speaker, nor would the speaker sound “alarming” enough. I purchased this because I saw that it worked just as well as the Ring brand light but for about $70 less. Since I had already seen and heard how the Ring brand light had a much louder siren and a better mic volume, I just went with them instead. I also have some wired cameras installed which are Swann brand, but their app on my phone also sucks. Just FYI.

Installed in an hour. Motion detection alerts work as advertised. We live in a corn field with local broadband dish internet and so far it absolutely rocks!

I paid $175, a week later its $99!!!Lights don’t come on/off at dusk or dawn. There is no setting, you have to manually turn the light on and off each day. BIG FAIL.Video preview does not accompany notifications. You have to click through about 5 times to get to the video.I don’t have to pay to see the video and there’s no auto delete in 2 hours like Kuna. You would think in 2020 companies would be able.to design a decent cameraSo ridiculous!Siren on all the time or off. They have 3 “modes” but they are not configurable. I’d like to have the siren certain hours at night only.It captures cars in the street but not people in the sidewalk – I need to see who doesn’t pick up after their dog!!!!After it captures 50 videos of cars, you have to delete each manually w two clicks each EVERY DAY! Add a “SELECT ALL”!!!Returning it.

Caution! Before you schedule an electrician to install, do the WiFi pre-check! It turned out OK for us, but could have gone south. There is no manual — but on-line help was great. Got all issues resolved.

I like that there are different sensitivity settings. When we’re out of town, I can set it high and get some street traffic. Good sound and video.

I wanted a camera and motion-sensitive light. This is exactly that. We’re happy.