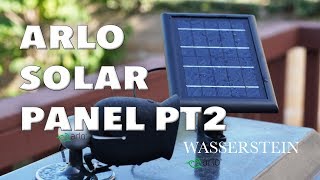 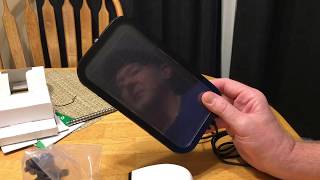 The Arlo solar panel. Why you shouldn’t get any other brand for your camera 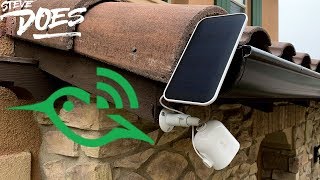 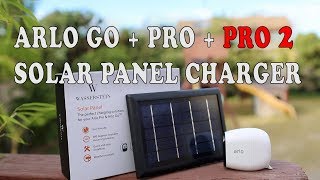 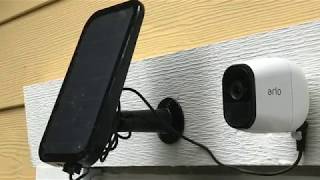 Bought two one for the front and one for the back after 9 days the we got a message on our cell phone that it was incompatible with the Arlo pro , we got this message 4 times on the front, and 3 times on the back. I got tired going up and down on the ladder to unplug and plug back in. Returned them and bought the netgear.

I purchased for an Aro Pro 2 security camera that we installed outside. Electric was not available so this was a nice addition to the camera. I no longer have to concern myself with removing and charging the battery.

This product was easy to install and works great .

Purchased on sale in January. Opened up when the warm weather came and item doesn’t work. Can’t return. I wound up trying to buy another one and although it did set up initially and it powered on, we are now getting messages that the charger is incompatible with the arlo cameras- which this is supposed to be for as the box indicates. Don’t waste your time and money with this one.

It’s not charging my camera battery. Connected to camera for a week. Battery started at 70% and down to 25% after a week?

We purchased in June 2019 . The first I did was charge my camera to 100% 2 i securely attach usb cable 3 it did show it was charging but it seemed to drain the battery quicker.. So I contacted the Company and they are sending me out another solar panel at no charge … So I would say 1st solar panel could be no good . But willing to try another one.. and will do another review when the new solar panel comes in.. I will say Excellent Customer service

On the arlo app pic show that it charging but its not. I even unplug and reply the wire still not charging. Unless it charge to slow but my arlo pro2 still dead battery

I I’ll give two thumbs up for these panels when used with an Arlo Pro 2. I was a bit apprehensive seeing so many bad reviews, but decided it was worth a shot, and I’m glad I did. I have two of them now and an likely to get a third if I ever need it for another camera placement.The unit consists of two pieces, the panel itself, with attached 6’ micro USB cable, and the mount. The mount is pretty cheap plastic with two screw holes, but it rotates the panel 360 degrees and can tilt up or down about 90 degrees, though it doesn’t stick out far enough to leave clearance between it and the wall if you have it tilted straight up. It only needs two screws to mount and The mount slips into a proprietary slot on the back of the panel. I can easily see the plastic mount breaking at some point in the future due to weathering, but maybe not.My first camera is mounted over my garage door looking down my driveway. This one drained the battery fairly quickly, about 50% in a month, due to frequent motion sensing triggers (trees blowing, bugs, etc triggering 12-20 detections per day), so I knew I needed to do something about it. Unfortunately it is on the north side of my house and the roof provides shade over it about half the day. I didn’t know if this would provide enough power to charge the panel up or simply slow the rate of drain. I’m happy to report that it has been able to charge up much faster than the rate of drain. It tends to give me about an 8% boost on sunny days.That worked well enough that I wanted to try it on the backyard camera. It fac s North, towards the house, on a wooden fence and also gets a lot of motion from bugs (8-16 alerts per day) and was draining at about 30-40% per month. I attached another panel facing nearly straight up (no wya to make it face south in my location) and in bright sunlight 1.5 days ago and the battery charge has increased from 45% to 82% in that time.Though I think it’s a little expensive for what you get, it certainly seems to perform as promised so far in my 1 month testing. I haven’t tried any other such panels yet, but I can approve of these so far.

This product does not charge the Arlo Pro 2 camera even with 6 plus hours of direct sunlight. I want my money back!